Posted on March 28, 2010 by Minnesota Book Awards — Leave a comment

Each day leading up to the April 17 announcement of the 22nd Annual Minnesota Book Awards, we highlight one of the thirty-two finalists. Today, we feature 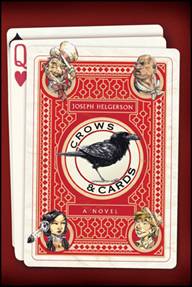 Then we rounded the last bend, and…well, all of a sudden I couldn’t swallow, or spit, or nothing. Stretching out before us was St. Louis, and for a bit I forgot I ever knew how to talk. The town didn’t seem to have no beginning or end, just stretched on and on. I’d never seen such a sight before and don’t imagine I ever will again-not for the first time, I won’t. The place was a hundred times bigger and grander than anything I’d ever come across. Wait, better make that a thousand times bigger and grander. You couldn’t compare log walls and dirt floors to something like this. I reckon that ancient Rome couldn’t have been any more breathtaking to them ancient Romans.

The year is 1849 and twelve year old Zeb is sent on a steamship to St. Louis to work in a tannery. On the ship he meets a man, Chilly, who tricks travelers into losing their money through rigged card games. Zeb becomes his apprentice, but soon realizes that he too is being deceived by Chilly. However, Zeb and his Indian chief friend conjure up a plot to beat Chilly at his own game. This fast-paced and playfully adventurous book contains illustrations and even a hilarious glossary of common 19th-century terms. 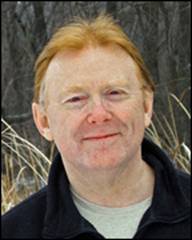 Joseph Helgerson is also the author of Horns and Wrinkles, a BookSense Selection and ABC Best Book. He lives in Minneapolis with his wife, daughter, and son. He grew up in a small town on the Mississippi River, where his parents often took him and his brothers sandbar camping. Today he carries on that tradition with his own family.

“Mixing Mark Twain with Charles Dickens, Helgerson has created a lively treat for readers. Filled with colorful characters and a naive narrator that will make you wince while grinning, this novel is a hoot! A read-a-loud book to make your tummy shake and your jaw drop.” – Minnesota Book Awards Judge

“This is a good yarn, almost a tall tale. It reminded me in parts of the Jack Tales out of southern Appalachia… This is a humorous romp with a moral which is good for boys and girls, adults and young adults, and even children as a read aloud… The glossary, authors notes, and books for further reading were also interesting and added to the whole experience of the book.” – Minnesota Book Awards Judge

“It’s 1849, and though 12-year-old Zeb would rather remain in their familiar log cabin with his six siblings, Pa places him onboard a steamship bound for St. Louis and Great-Uncle Seth’s tannery to learn a trade. Feeling lonely and unhappy about the prospect of working “with a bunch of smelly old hides,” Zeb is thrilled when a fine gentleman strikes up a conversation with him. Chilly Larpenteur’s specialty is helping wealthy travelers share their riches-through rigged card games. He asks Zeb to become his apprentice upon their arrival in St. Louis, assuring the boy that his work is philanthropic since he donates part of his winnings to orphans. Zeb accepts, but it’s not long before Chilly’s true colors show and the boy realizes that he has been flimflammed. However, he’s made real friends along the way, including a blind old Indian chief known for his visions and a grouchy slave who burns everything he cooks. How they beat Chilly at his own game makes for a tale that Mark Twain would be proud to call his own. It takes a lot of gumption to create a protagonist who follows in the footsteps of Tom Sawyer, and Helgerson succeeds. – School Library Journal

“Inspired by Twain’s Life on the Mississippi, Helgerson’s folksy and chatty tale is also reminiscent of Huckleberry Finn in Zeb’s struggles with his conscience and its themes of slavery and freedom.” – Kirkus Reviews

Award winners will be announced at the 22nd Annual Minnesota Book Awards Gala on Saturday, April 17, at the Crowne Plaza Hotel, in downtow
n Saint Paul. The opening reception begins at 6:30 p.m.; followed by the awards ceremony at 8 p.m. Tickets are $40 and are available by clicking here or calling 651-222-3242.

Have you read Crows & Cards? What are your thoughts? Did you vote for the Readers’ Choice Award? We welcome your comments!